This is an invasion set to music with bands combining Texas Country with Louisiana Zydeco and Brass Bands; from great local talent to national headline acts. Specialty entertainment such as the popular Splash Dogs, armadillo races, wildlife exhibits, and a world-class carnival will entertain all ages. 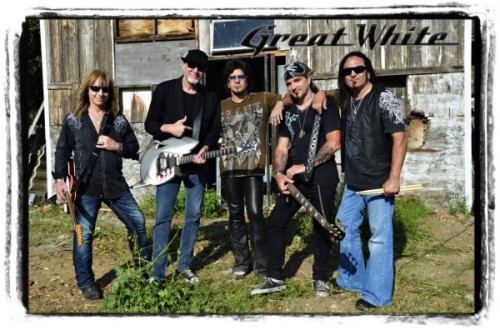 Great White
The love and passion for their music has never faltered. Re-charged and re-focused, Great White channeles their raw, sweet and all-at-once dangerous sound into “Elation,” the band’s 12th studio album. Elation thrives on Great White’s signature grit and blues-hued sound, only marked with a new synergy. Featuring founder Mark Kendall (guitar), and 28-year-veterans Michael Lardie (guitar, keyboards) and Audie Desbrow (drums), they are joined by lead singer Terry Ilous and bassist Scott Snyder. Best known for the 1989 smash “Once Bitten, Twice Shy,” Great White’s worldwide sales are approaching 10 million. Their song arsenal also includes “Rock Me,” “Save Your Love,” “The Angel Song,” “Mistabone” and more! “This is a new birth of the band,’ Desbrow says. “I wanted to call the album ‘Tabula Rasa’ which means rebirth, but we went for ‘Elation’ because of the euphoria in the atmosphere. It’s a fresh and healthier start than ever before. I’m like a kid in a candy store.”
Website: www.GreatWhiteRocks.com 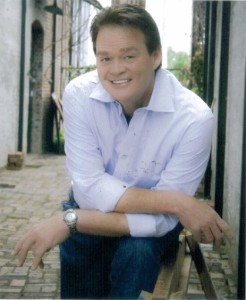 Doug Stone
Contemporary country star Doug Stone found his mark in music as a lonesome baritone balladeer, although he was very adept at hard-up-tempo country. Doug began at age five learning guitar from his mother an avid singer and guitarist. At age seven he was given the opportunity, by his mother, to open for Loretta Lynn. He debuted in 1990 with the single, “I’d Be Better Off (In a Pine Box),” the first release from his 1990 self-titled debuted album for Epic records. The single reached number 4 on the charts with three more in the top 10 ratings, including “Fourteen Minutes Old” and “These Lips Don’t Know How to Say Goodbye.” His first number one single, “In a Different Light,” was nominated for a Grammy Award for Best Country Song. Stone has charted –twenty-two singles on Hot Country Songs including four Number Ones: “In a Different Light,” “A Jukebox and a Country Song,” “Too Busy Being in Love,” and “Why Didn’t I think of That,” and eleven more Top Ten singles. Stone made his acting debut in the 1995 film “Gordy.”
Website: www.DougStone.com 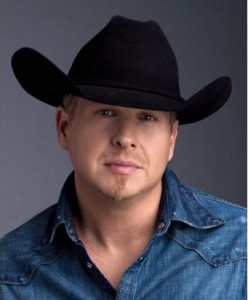 Jason Cassidy
Upon meeting Jason Cassidy, you instantly feel like you’re kicking back with an old friend. With insight that often takes a lifetime to develop, Cassidy’s values shine through in his music allowing the listener to find a little piece of themselves in every song. For an artist who prides himself on writing from his own life experiences, his honest telling of trials, tribulations, heartaches and blessings, and his sincere delivery of song is his path to making lifelong fans. Cassidy plays “real” country music reminiscent of George Strait, Merle Haggard, George Jones and, if this latest Top 10 is any indication, Waylon Jennings. One listen to Cassidy’s song, “Blame it On Waylon” (written by Josh Thompson, Rhett Akins), and it’s easy to see that he is more determined than ever to “keep it country.” Steeped in the lore and outlaw legend that surrounds the late, great Waylon Jennings, Cassidy is armed and ready to take back country music and return it to all those who believe in the neo-traditionalist movement and its outlaw ways.
Website: www.JasonCassidyOnline.com 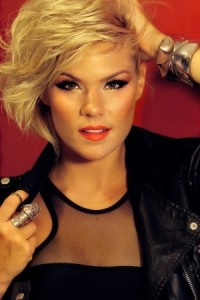 Kimberly Caldwell knew where she belonged when she first stepped on a stage at only 5 years old. At the age of eleven, she made her childhood dreams come true by winning Ed McMahon’s Star Search 5 times and holds the record for most number of wins for a Junior Vocalist. She then went on to be a featured performer in the production show Country Tonite in Branson, MO, performing two shows a day, 6 days a week until she was 15. After finishing school in Texas, she jumped back on the stage and became a finalist on the second season of American Idol where she was an instant fan favorite. Shortly after Idol, she landed a correspondent/host gig for the Fox Sports Network. After the nationwide Idol tour, Caldwell became the host and cohost of numerous TV Guide Network shows and went on to team up with Mark Burnett Productions. She hosted CBS’sJingles, P.Diddy’s Starmaker on MTV, VH1’s Rock and Roll Fantasy Camp, and Oxygen’s Best Ink. Caldwell’s acting credits include the Fox sitcom “Life on a Stick,” the movie “Wrong Turn 2,” the mini-series “26 Miles,” opposite Jon Schneider, and recently landed a guest staring role on TNT’s “Franklin and Bash.” She steadily continues to entertain audiences nationwide and traveled overseas to perform for the grand opening of Singapore’s Universal Studios with Paula Abdul and then to Vietnam to open for Tao Cruz for Soundfest’s 60,000 fans.
www.Kimberly-Caldwell.com 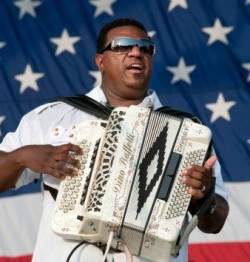 Chubby Carrier
GRAMMY award winning artists that offer Intense, High Energy, Party Music… that’s what you get with Chubby Carrier and the Bayou Swamp Band. They have traveled nationally and internationally for the past 21 years bringing their style of swamp funky zydeco party music to the world. The Louisiana natives carry the true bayou sounds straight from Southwest Louisiana. Blues, mardi gras, and some cover tunes round out the versatility of our band. Chubby Carrier and the Bayou Swamp Band have also won the 2010 Best of the Beat and Big Easy Awards and received the key to the cities of Opelousas, Lafayette, and Lake Charles. Chubby was be inducted into the Louisiana Hall of Fame in 2012. Chubby was one of the main characters in the IMAX film “Hurricane on the Bayou” in 2006.
www.ReverbNation.com/ChubbyCafrrierandtheBayouSwampBand 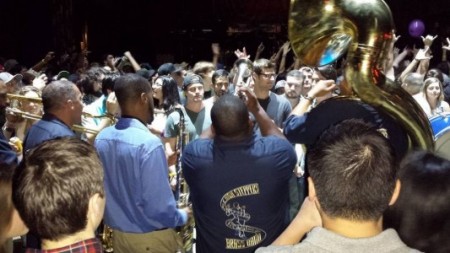 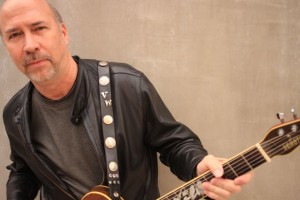 Van Wilks
In Austin, Texas, a city known for it’s great guitarists Van Wilks has long been lauded as one of the city’s master players. His talents as a guitarist and band leader have won him consistent critical praise and a string of honors that was capped when he was voted by Austin music fans into the Austin Chronicle’s “Texas Music Hall of Fame” alongside the state’s most legendary musical talents. In his third decade as a veteran of the world-famous Austin music scene, Van Wilks “continues to make some of the city’s hottest guitar rock.”, says the Austin Chronicle, creating music that brings his blues roots to the cutting edge with funk, hard-rock and melodic undertones. His compelling, hard-edged, bluesy rock prompted England’s tastemaking “Kerrang!” to name Van Wilks’ Mercury Records release “Bombay Tears” as “one of my all time faves,” declaring it “a masterpiece.”
www.VanWilks.com” 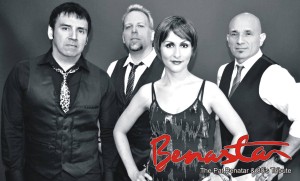 Benastar
Benastar is a tribute to the music of rock legend Pat Benatar and the biggest hits of the 80’s! 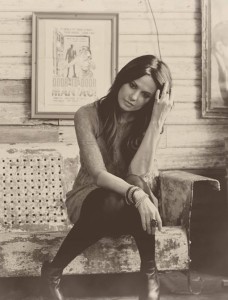 Sheila Marshall
When Sheila Marshall decided to pursue a music career, it didn’t take long for the alluring, bluesy-voiced Texan to gallop from Houston Livestock Show and Rodeo performer to top 10 finalist on TV’s “Nashville Star” talent show, singing with Willie Nelson and Rodney Crowell. Her rootsy, Texas-tinged country rock has since won over Lone Star radio listeners — she’s had three singles rank on the Texas Music Chart — and live audiences from Alaska to Kuwait. With the Feb. 5, 2013, release of her EP, SHEILA MARSHALL, and its first single, “Can’t Let Go,” she’s ready to reach even more fans. Marshall, who grew up in the East Texas town of Nacogdoches, has been drawing such reactions since she fronted a rock band while attending Stephen F. Austin State University. That’s when her love of Williams, Nelson and Patsy Cline merged with new-to-her artists such as Led Zeppelin and the Band, giving her voice a bluesier tint and even more soul. Playing the Houston Rodeo and other high-profile sporting events built her fan base, and her acoustic EP, BEAUTIFUL FOR SITUATION, earned her a national Budweiser sponsorship. Then came “Nashville Star,” the CD MAKES PERFECT SENSE and the Texas-embraced single “Radio.”
Website: www.SheilaMarshall.com 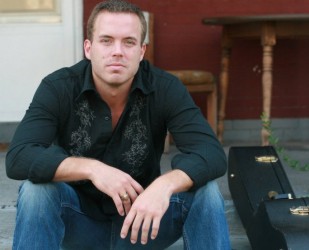 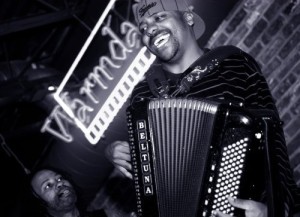 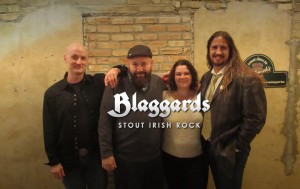 Blaggards
Blaggards play what they call “Stout Irish Rock:” traditional Irish music mixed with rock n’ roll, informed by everything from Johnny Cash and Elvis Presley to Thin Lizzy and Black Sabbath. THey are most frequently compared to bands like Flogging Molly, Dropkick Murphys, and the Pogues. Blaggards are guitarist/vocalist Patrick Devlin, bassist/vocalist Chad Smalley, drummer Michael McAloon, and fiddler Brittany Johnson. Front man Patrick Devlin grew up in Dublin, Ireland, and moved to Houston in his early 20’s. After working in the local club scene for several years, Patrick saw a demand for Irish rock music that nobody was taking advantage of. In 2003, while hosting a weekly open mic at an Irish pub, Patrick met bassist and singer Chad Smalley, who had recently returned from New York City and was looking for a new project. The two began singing and performing together, developing a tight vocal harmony style. A year later, Blaggards was born. Blaggards maintain a rigorous schedule, playing constantly throughout Texas and touring nationally several times a year.
Website: www.Blaggards.com 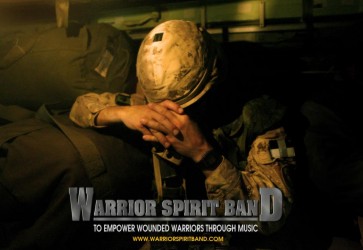 Warrior Spirit Band
“Our ultimate mission is to empower wounded warriors through music. As musicians we have the ability to share our love of music with others and present our story through lyrics and sound.
Website: www.WarriorSpiritBand.com 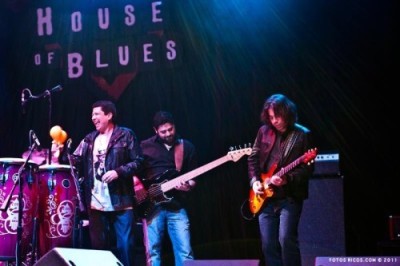 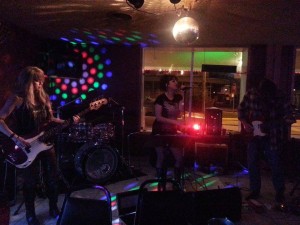 Coastal Fury consists of George Pappas – Lead Guitar/Keyboard, Becki Leon – Bass,Thaddeus Lewis – Drums and Shea Marie Smith – Lead Vocals/Rhythm Guitar. This rocking blues quartet is taking the Houston Galveston area by storm with their powerful vocal mixed with solid harmonies and incredible musicianship. This group is as solid as they come and hold tight, because this group will take you on a journey of your favorite hits..
Website: www.Facebook.com/CoastalFury 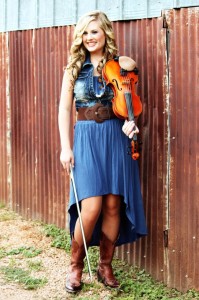 Jade Jack
When Jade first got opportunities to sing onstage at fairs, festivals, and honky-tonks, the crowds were expecting to hear songs that most 5 year old children would sing, but Jade would bust out with songs such as “Don’t come home a drinkin’ with loving on your mind.” Performing with aunt Dottie Jack, Jade caught the attention of Country Music Legend, Ms. Leona Williams, who invited her to be Leona’s fiddle player on a series of shows. She has since done countless shows with Leona, appearances on Ernest Tubb’s Midnight Jamboree and “Midwest Country” for RFDTV, “TruCountry” on RFDTV, “Kelly’s Kountry Junctin” for PBS in the Ozarks, and more. Jade can be seen all over the country keeping traditional country music alive. When she’s not fronting her own band at dancehalls all over the State, she can be found playing fiddle for Tony Booth in his band, as well as other Texas artists like Justin Trevino, Amber Digby, Kimberly Murray, Curtis Potter, Patrick Murphy & Johnny Bush to name just a few. She’s a singer, a songwriter and a fiddler and, if you’re looking for Real Country Music, the way it should be done, be on the lookout for Jade Jack’s new album entitled “Off the Record.” Big things are happening for this blue-eyed, country girl On and “Off the Record.”
Website: www.JadeJack.com 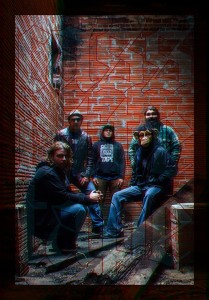 Cassette Tape
Cassette Tape can be described as indescribable. It’s more about the experience, than the genre. The band members are fans of music in general and the passion is expressed through the musical connection between them and the audience. Cassette Tape is psychedelic reggae rock band from the island of Galveston, Texas. The lineup includes veterans of various musical backgrounds from hip hop, reggae, psych rock, metal and funk – culminating in a distinctly original mix of worldly influences. In the two years with their current outfit, they have garnered much attention and exposure from various media outlets including internet music revues, film, print media and local network television.
Website: www.ReverbNation.com/CassetteTape